Because of its prominent location and unkempt appearance, the Walloomsac Inn has always attracted much public attention as one of the obviously most historic buildings in the picturesque village of Old Bennington. The inn, located on the old post road from Troy to Bennington, Brattleboro and Boston, served the public as a bed-and-breakfast as recently as the 1990s. It is a private residence whose owners wish that status to be respected.
Nonetheless, in view of the prominence and public nature of this building. The Bennington Museum has considerable information on this historic landmark.  Reports that it was built in 1764 by the first settled minister of Bennington's Old First Church, the Rev. Jedediah Dewey, for his 20-year-old son, Elijah, are erroneous. Rev. Dewey was the builder in 1763 of the oldest frame house in Bennington, diagonally across the green from the Walloomsac Inn.

New research has found that the inn dates to 1771 and that it was indeed built by Elijah Dewey. The earliest documentation is found in a deed signed in the spring of 1771 from Moses Robinson, Bennington's biggest land owner (and future governor of Vermont as well as one of its first two U.S. Senators), to Elijah for a plot of a little more than an acre.
A 1798 portrait of Elijah Dewey by the itinerant artist Ralph Earl includes a front view of Dewey's Tavern (Walloomsac Inn) as a two-story structure with a gambrel roof, later raised for a third story and changed to a pitched roof. Another Earl painting, a panorama of Old Bennington in 1798, shows the south and back sides of Dewey's Tavern, with a side porch and the gambrel roof. Both paintings are on permanent exhibit at the Bennington Museum.
Dewey's Tavern, along with the Catamount Tavern (Fay's Tavern), located a few yards uphill, were among sites used by the legislature of the independent Republic of Vermont, which lasted from 1777 until statehood in 1791. The capitol of Vermont at Montpelier was not established until 1808.
The most historically prominent guests of Dewey's Inn were Thomas Jefferson and James Madison in June of 1791. Jefferson was U.S. secretary of state at the time and wished to visit the new state of Vermont. Madison accompanied him as a member of the U.S. House of Representatives.
After Elijah  Dewey's death in 1818 his inn came into the hands of the Hicks family, and was known by that name during the best years of the stagecoach era – until trains came into this region in the early 1850s. Stagecoach travel from the Hicks Tavern to New York took four full days, 6 a.m. to 6 p.m. each day, through Pownal, Pittsfield, Danbury, and White Plains, for a $9 fare. Owner James Hicks enlarged the building in 1823, adding the third floor and installing a ballroom on the second floor.
In 1848, as stagecoach travel was about to end, the inn was purchased by George Wadsworth Robinson, who changed its name from Hicks Tavern to Walloomsac House. In a vain effort to attract summer visitors, Robinson also built observatory towers on Mt. Anthony that had a habit of succumbing to high winds. For a few years the inn was owned by a relative, Mrs. Mary Sanford Robinson and her brother, Samuel Sanford.
In 1891 Sanford hired a proprietor named Walter Berry, who after five years was able to purchase the inn and it has been owned by the Berry family ever since.

Walter Berry added the large three-and-a-half-story addition on the rear of the original building. A few years ago an enterprising arts writer for the Bennington Banner, Hinda Mandell, ignored the “private property” sign at the front door and was welcomed by the Walloomsac Inn's current resident, Arlene Berry, Walter's granddaughter.
Mandell observed: “Any discussion about the inn with locals is steeped in questions about its future, the current condition of the property, and various personality traits of Walter Berry's granddaughters, Arlene, Kathleen Kaiser, and Donna Berry Maroney.” 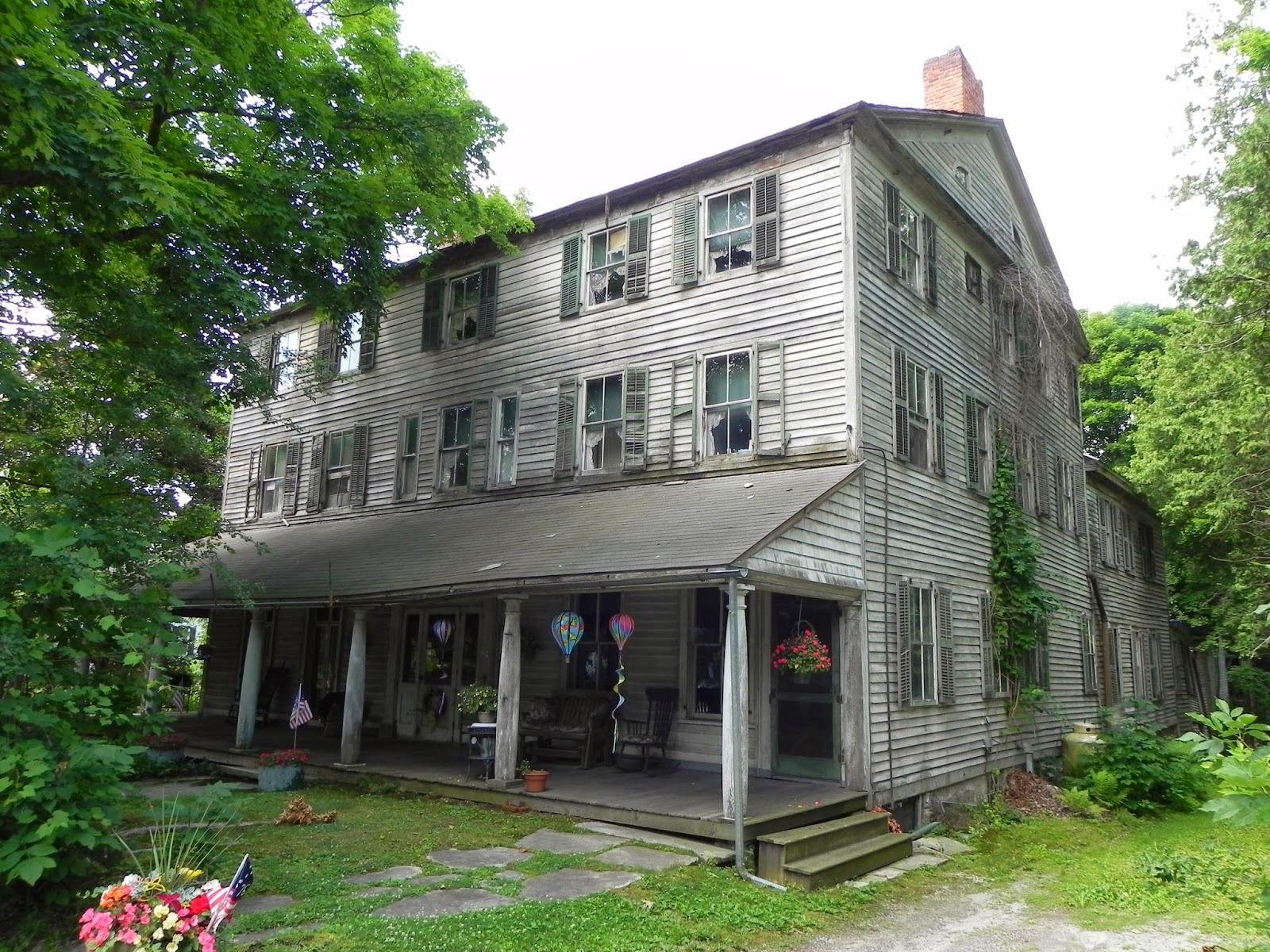 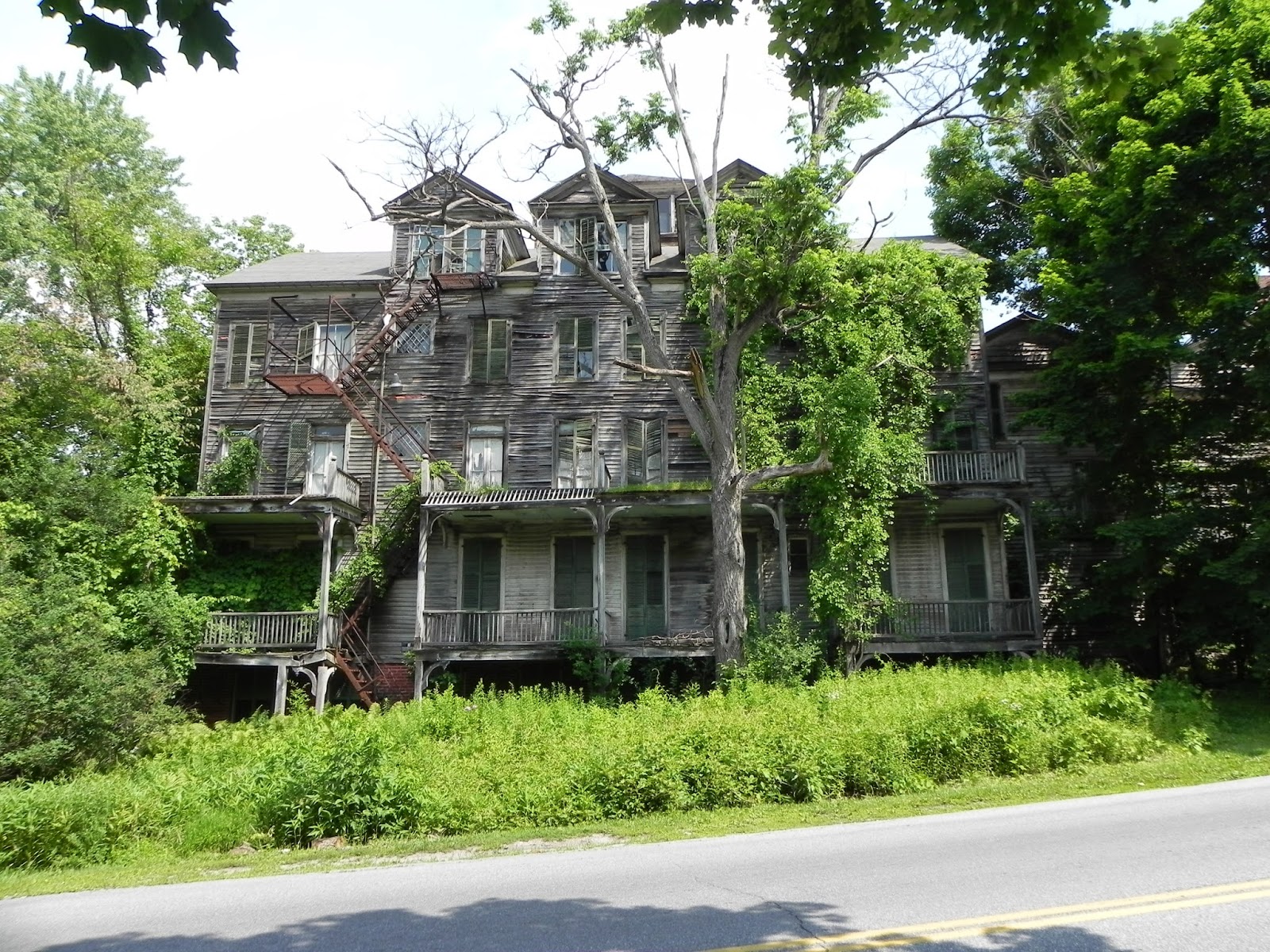 This three-story addition was built in 1891.

Posted by Richard Palmer at 6:20 PM No comments: